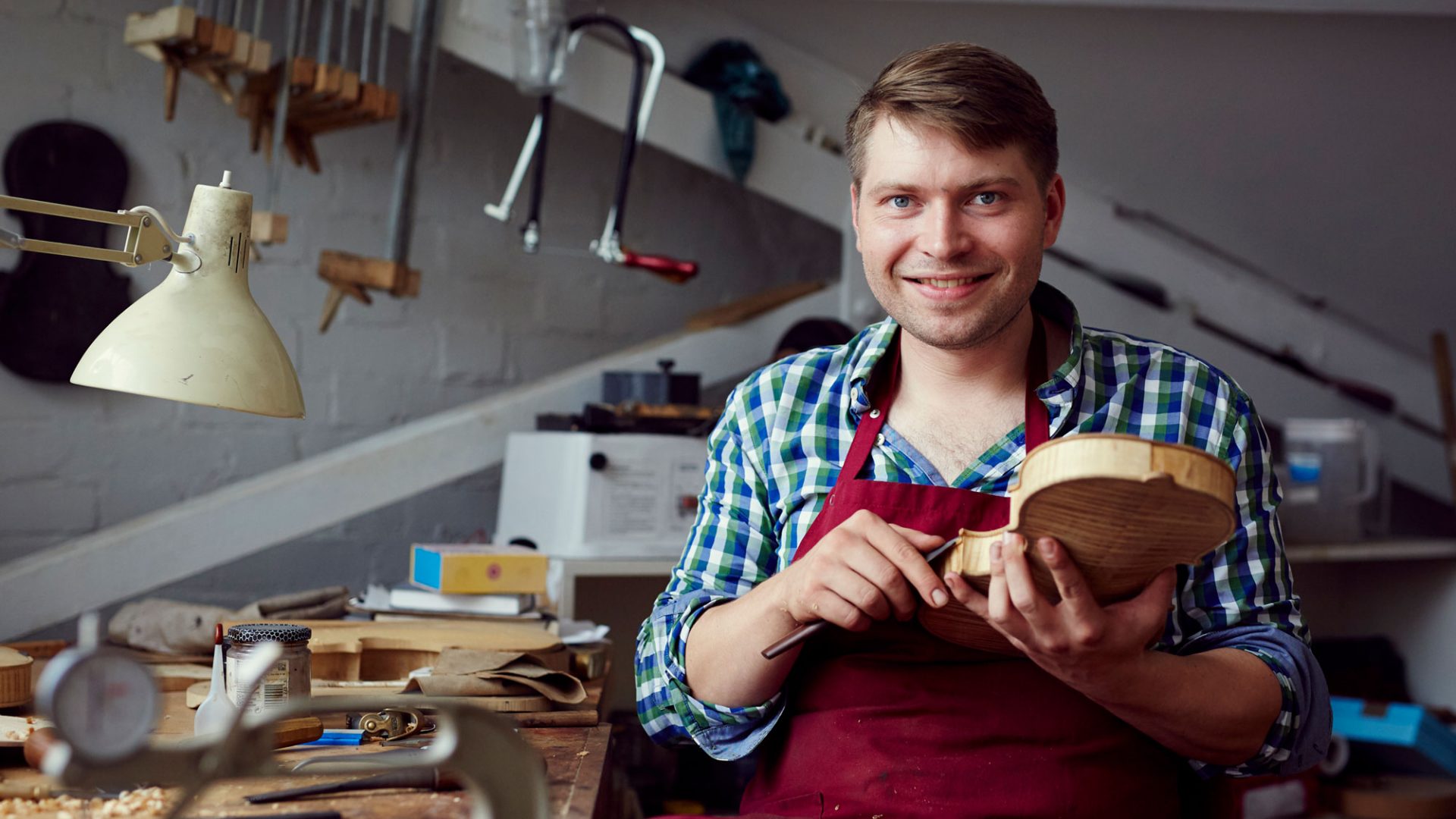 Before starting his apprenticeship at the Mittenwald School of Violin Making, Dominik had already made his first violin on his own in his grandparents´carpentry workshop. After internships in workshops all over Europe, then working for several years at Erben Geigenbau in Munich, he was awarded his Master Craftman Status together with a gold medal from the German Government.
From that point until today, he has been Stefan-Peter Greiner´s only assistant in London. Dominik is also the head of the workshop at W.E.Hill & Sons.
His work is inspired by shapes and colours in nature that he is strongly connected to and the finest examples of Italian violin making, which he has had access to throughout his career. This is expressed in his very own model and style, continually curious and developing.